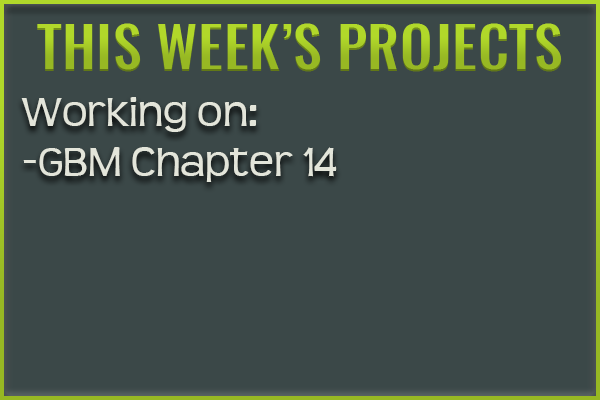 This past week I published The Good, The Bad and the Molly chapter 13 to other websites, including sexstories.com. As I hinted would happen (and indeed does happen to seemingly every upload I make there now), it was hit with a wave of about 30 downvotes in hour one of its upload. For all I know it still boasts an impressive 10% rating on the website. I accepted its fate and decided not to bother checking in on its rating anymore – I only have one vote to my name even if I wanted to fix it, and even then, voting on my own story? Seems stupid. I already know how I feel about it. We all like to believe we’re our own worst critics but if I thought the chapter deserved a 1/10 I wouldn’t have bothered releasing it. Naturally, this is incredibly discouraging.

That’s one person though. It’s so easy to get discouraged over one person’s actions, even if it is using a website to make me feel like the whole website is against me. It really isn’t. From the same website, a new reader found me this past week and took the time to email me letting them know that they appreciated my writing and wanted to get back into writing their own self. That is such a gift to give a writer. Not even just “I like your story” (which is already wonderful to hear), but also, “I’m getting back into writing, I’m inspired to write.” I love it, L-O-V-E, when my readers and community like creating their own stories. As discouraging as the story above was, this one email was balancingly encouraging.

There’s, sadly, no real solution to the above story. The best remedy I have is limiting votes on that site to registered users, something I don’t really want to do because it also silences and punishes readers who want to voice opinions. However, at this current point in time it seems as though accountless users already are silenced by the fact that one user skews the votes so far in one direction or another, so maybe after I finish GBM and the problem persists, I’ll consider it. I’m open to other opinions and suggestions, of course, in case it feels like I’m missing out on something obvious here – something I haven’t ruled out. I’ll talk to you all next week.