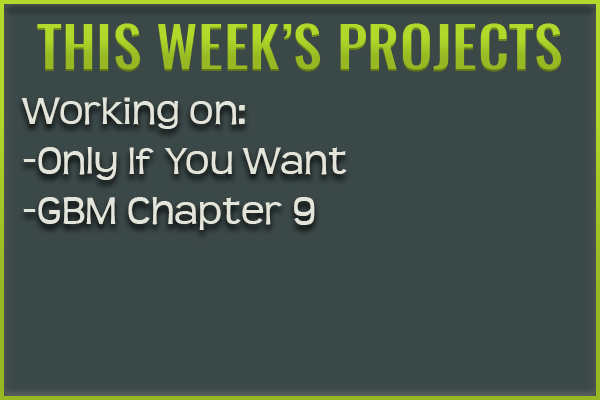 Two weeks ago, I pointed out that I have to relive my old memories and revisit my own past self in order to accurately understand the feelings of a high schooler, even though I’m still in my early twenties at this point. There’s another uncomfortable kind of reliving that comes with writing though, and it’s not intentional. There’s reliving one’s memories in order to write, and then there’s reliving one’s own memories through their writing.

When I first wrote Being More Social, I had never gone through the pain of grief of losing a friend or loved one. There were extended family members, but never anyone that I had daily contact with. When I wrote that scene in Chapter 5, I was looking through Nicole’s thoughts to best understand what she was going through, and couldn’t draw from any of my own experiences. I just wrote what felt right to write. I didn’t really have a clue what I was doing. When I first wrote the scene of Adam having sex against his wishes, I didn’t really know what that was like. Again, I couldn”t draw from firsthand experience.

Recently, I reposted Being More Social to sexstories.com and edited a version for Patreon patrons. Given this, I had to read and edit the whole story, top to bottom. Without revealing too much about my personal life, I now know what both losing a close friend and being forced into sex is like. Neither are particularly pleasant. I knew those themes would come up in Being More Social, but I figured that because I didn’t know what it was like firsthand to deal with them at the time of writing, it wouldn’t be accurate and it wouldn’t hurt.

I was surprised to find out that I was wrong.

Nicole’s breakdown at the grave was very similar to how I had felt after losing my friend. Adam’s helplessness was very similar to mine, where I just froze and didn’t know what to do. Reading those moments back hurt, and hurt deeply. I guess there are themes to these sorts of situations that are universal, and my past self could guess them decently accurately. It’s not like I’m a soothsayer or a wizard, I just knew what to write for those situations.

I first wrote The Good, the Bad and the Molly as a weird form of an apology letter. I never did anything sexual or illegal, but I caused a female friend of mine to hurt and flee my life, and I found I started writing the story to recognize my faults on a grander scale and atone for my sins. I can be rather clumsy with personal relationships, and ironically, I’m quite bad with wording and knowing what to say to friends. Miscommunications are very common with me. While writing chapter nine (which, by the way, won the weekly poll so I’ll be writing and finishing that next), I’ve found to my dismay that a female friend that I’m not too close with felt betrayed by a few miscommunications of mine and fixated on that being my attempts to manipulate her. (As mentioned, I’d made some immature friends recently.) That said, my version of Molly, the real-life counterpart, I had manipulated and hurt, without even my realizing. My ‘Molly’ never actually yelled at me or told me off, she just silently cut herself from my life and me from hers, and I suddenly never heard from her again one day. It took me a full year to realize the extent of what I’d done. This newer friend had no problem in telling me off, and it was for similar miscommunications, so even though she wasn’t correct in her assertion that I was manipulating her, I could very easily replace her with my ‘Molly’ and see what my ‘Molly’ would have said if she did ever confront me. That was another form of reliving, and it hurt too. I was put into one hell of a state. I finally knew what ‘Molly’ would have said to me, to an extent, and it was horrifying. It’s actually helped me write these later parts, parts you’ll be reading within the month, hopefully.

That’s the weird thing about writing emotions. Sometimes you’re writing about your past self and drawing from personal experience, and sometimes, you’re writing about your future experiences, you just don’t know it yet. That kind of reliving I can do without, because usually, it’s a painful experience. That said, my writing deals with heavy themes, so it’s only fair that sometimes I have to deal with the heavy stuff too, huh? We’re all in this together, it seems. I’ll talk to you all next week.

One thought on “Reliving – Part Two”