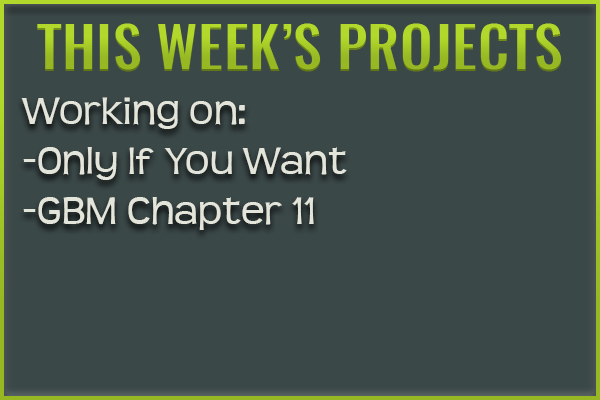 Hello! Sorry about my hiatus. Family affairs have been piling up over the last few weeks and keeping up with the theme of my life since… forever, I’ve been crazily busy. I’m sorry that I haven’t been free to keep this blog updated and keep the stories coming. After all, I should be doing that… right?

Maybe. Maybe not. I remember a long time ago, before I got this website, I got a comment from a frustrated reader. The reader told me that when one starts a story, they’re giving the reader a contract that they will finish the story, and by taking more than one month to write a story, I was breaking the rules of that contract. (Remember when one month was a long time to hear from an update from me?) While the reader was just being entitled, the notion of an invisible contract has always stuck with me.

The contract, for me, is one of mutual benefit. I write for you all, and while it’s true I have a Patreon, there’s no obligation to donate in order to see the next chapter. It feels wrong to gate my content behind a paywall. That’s a term of my contract that benefits the reader, but also alleviates my own guilt. In exchange, my writing may turn up at any time. I’m a suicidal self-hating wreck of an author that can’t commit to a regular eating schedule, let alone a fixed time for releasing my writing. It would be dishonest to expect a regular stream of income for my writing, or even an expectation of people to stick around for a regularly scheduled release. So I discourage the notion of said release. That’s more a part of my contract than anything – patience in exchange for my writing.

So is that what to expect from a writer? On occasional release, a reward for patience? Seems like an odd contract. But the contract is different for every writer, and while I can agree that when a person decides to become a writer they write a contract, the contract is different for every writer. I don’t expect any one reader to stick around – I release inconsistently and can’t change that anytime soon due to my life’s situation and my mental health. It simply isn’t in the cards for me right now. So I write that into my contract. But I also try to maintain a certain level of quality and worldbuilding into my stories, and hope that’s enough to make it worth the wait for my readers. For some, it isn’t, and I accept that. I can’t make anyone sit around waiting for my stories. I can do my best and try to write for those who, for whatever reason, stick around and believe in me. I greatly appreciate that waiting. More than I can ever show. I pledge to make it worth it to those that wait. For now, though, I’ll talk to you all next week.

4 thoughts on “The Contract”