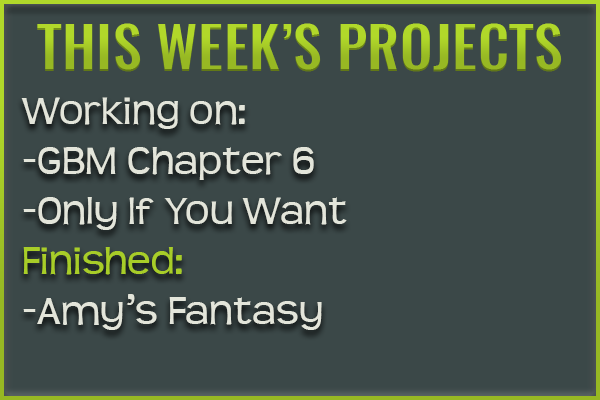 Hello, everyone! Great news – A new short story has been added to this website! It’s called ‘Amy’s Fantasy,’ and you can find it under the ‘Short Stories’ section.

Weirdly, one of the biggest complaints I get overall is how I write a lot of story to go with the sex in my stuff. I don’t really consider it weird because I think people don’t want more sex in their stories – they definitely do. The weird thing to me is that if they prefer stories with more sex, then lucky them, because 99% of internet sex stories are chock-full of sex, and I’d say over 50% are stroke stories where sex happens within the first few paragraphs. Nevertheless, this was a complaint I had received enough that it would be rude to just dismiss these remarks and go back to the tired defense of “If you don’t like my stuff, don’t read it” (a sentiment I personally despise) and instead try it out.

This piece is much more of a ‘stroke story’ than anything else I have created. A year or so ago I had a run-in with a woman who was very innocent on the outside (who I found attractive instantaneously) but was interested in me because of my bluntness, and we kind of hit it off. We’d go back and forth telling each other fantasies of exhibitionism, a topic we both found fascinating, and at this point we’ve decided to only be friends but the fantasies were elaborate enough that I didn’t want them to die there. So, with her permission I wrote the story Amy’s Fantasy. Names were changed, blah blah blah.

So, it was my attempt at a stroke story, or at least the closest I could come to it. I hope you all enjoy it, and as always, feel free to get in touch with me for any reason – criticism, concerns, thoughts, your own erotica writing experiences – at bashfulscribe@gmail.com. I love hearing from all of you. The piece will be up on other sites as of next Sunday, and my next big project is GBM Chapter 6, as the fancy new graphic shows. Happy reading, and I’ll talk to you all next week.