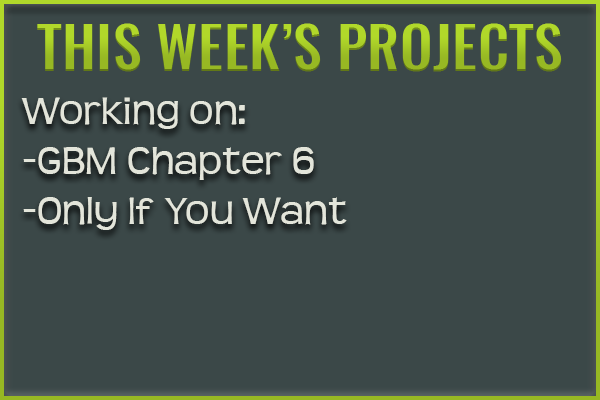 In a way I guess I should be grateful this happened – otherwise I may well have forgotten to write a blog this week.

For some strange reason, a couple of hours ago, without notice or anything, Adult Fan Fiction removed all of my stories from their website. This is… weird. Suspiciously weird. If I had violated their rules or something, they would have let me know. If they updated their rules on stories (say like upping the age of consent in stories) that would have only affected Being More Social as both of my short stories feature only adult interaction. I’ve contacted them and am eagerly awaiting to hear back from them, but in the meantime, this just sucks.

I know I said it in my most recent essay, but trying to post erotica online for free is a cutthroat endeavor. I really enjoy my Patreon model I currently have, especially since it’s opt-in so I don’t feel guilty charging since if I post less often, I get paid less often, it seems fair. I’m not really complaining about that. I will say that I find it interesting that within getting a vaguely threatening comment one week, a couple weeks later a website has completely dropped me. I’m hoping the two events are not related. I’m also hoping this was not related to my post on pedophilia I created last week. If a website that, as far as I know, condones 14-year-olds having sex in stories, decided to drop an author’s stories from their website all because they made a blog post about pedophilia where they *actively denounced it* but still dared to mention the word, ‘disappointed’ would be the understatement of the year.

I’m reminded of an early criticism I got from Being More Social as I write this. A particularly angry old man wrote to me, explaining to me how high schoolers having sex out of relationships was a toxic practice and if my characters did that in real life, they were going to only fuck themselves up developmentally. And normally, I despise this comeback, but that was the point. That was arguably the biggest theme of the story. Adam’s life was fine until he started having casual sex. The drama in his life commenced when he started having casual sex, and often it was because of the sex itself. I can’t even begin to describe how badly one misses the point to discourage mentioning something an author mentioned in the story, when the author is meaning to criticize it. When I made that blog post is was to be able to talk about pedophilia and why it’s condemnable like adults, which I’d like to believe we accomplished well (shout out to the guy that commented clarifying that ‘pedophile’ should refer to the mental disorder and ‘child molester’ should refer to the person who does the act, that was super helpful and a great addition to the conversation). Again, I have zero proof this was the reason, it’s just the most likely reason as of right now. It would almost make me happy to know that my blogs reach more than just my 10 most dedicated readers in the first place, so in a weird way, that possibility is oddly charming.

Laughably, I wouldn’t have even known this had happened if it weren’t for Bill, a longtime reader of mine, notifying me via e-mail that my stories had seemingly vanished. I am deeply grateful to my amazing community for helping and supporting me in every way they do. An email like that may look small, but genuinely, it’s greatly appreciated.

I know that when things like this happen that people like to cry ‘censorship.’ Am I being censored? I don’t know. I guess I won’t know until I hear back, especially about the intent of the site. Another strong possibility was that it was an accident. My account is still there and there have been, again, no messages telling me that my stories have been deleted or anything. It’s possible this was a mistake, or my mistake somehow, or it could be malicious in intent. I don’t know, and won’t do anything but speculate until then, which I’d like to emphasize has been what this blog is. I don’t want to be confrontational towards Adult Fan Fiction for removing my last few years’ work from their site, conveniently deleting all of the reviews, comments and views from it too… yet. I’ll talk to you all next week.

UPDATE: SO AFF got back to my email really quickly with just as much surprise as I had. The good news is, it clearly wasn’t an administrative decision to oust me, which is nice. In the email it was suggested that they’ve seen cases of relatives or friends erasing stories of erotica writers. My laptop is only used by myself so I don’t imagine that happened, so my current theory is I was ‘hacked’ and my account was purged of my stories. So I’ll just end up reposting them, and who knows? Maybe that will revive a bit of life on my AFF forum. Always look on the bright side of life.