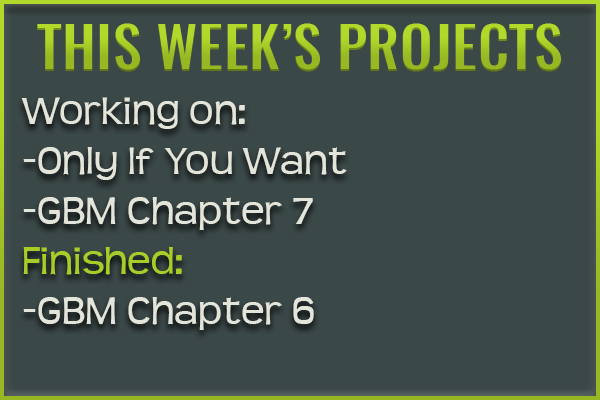 Hello, all! The newest chapter of The Good, The Bad and the Molly is now up! It only took 5 or so months this time. That’s better than my previous time, which clocked in at over two years or something similar. Here’s hoping the time in between chapters continues to get smaller.

Speaking of releasing chapters, I have noticed lately that some of my readers show confusion when given my latest work. Some ask me why I chose to work on a specific story now, and to be honest, I’m usually working on one to three at a time, and just release the ones I end up finishing as they go.

However, I think this is not so much a miscommunication, but rather an opportunity. I’ve wanted to extend my thanks to Patreon backers for a while with perks but I never knew what I could do. So along with this new update, I’ll also be updating my Patreon with new changes.

First change – all backers, including $1 backers, will now get to participate in a poll to vote for what my next piece will be. Each poll will come with a short description of the stories I’m working on, and a plethora of choices to boot. More controversial/conventionally unpopular works (which I don’t do at the moment, but could include non-erotic material or erotic material with non-hetero themes) will most likely be omitted from the polls (I imagine that most people that follow me prefer heteronrmative erotica but hey, I could be wrong) and instead should they ever arise I’ll work on them concurrently with my other work.

Second change – 5$ backers have been waiting patiently for edited versions of my works, including Being More Social. While it’s coming, my poor editor takes multiple clients and would already be overworked without having to sift through my 250,000 word mess of a story. I looked to other Patreons for inspiration on this front, and similarly to how many small film makers do ‘commentary tracks’ for backers, I’ll be doing a ‘commentated’ version of my works in PDF format (which I believe you’ll need Adobe Reader to fully enjoy, though I think it’s free software).

After I post this blog I’ll be sure to make that Patreon update, to make sure all of my readers, Patreon-backers or non, continue to enjoy my works.

Thank you all for all of the support. I hope you enjoy the latest chapter. As always, I’m available to talk to here through the comments or through email. I’ll talk to you all next week.