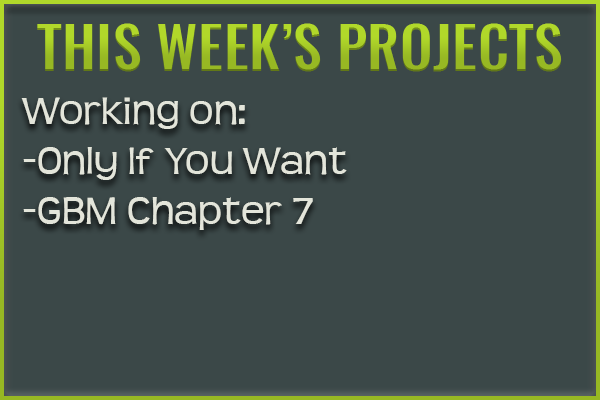 Hey, everyone. School is annoying.

At this point, the newest chapter of GBM has been out on public-run sites for a fair bit now, and I’m always surprised by the kindness of the reception. In comments, reviews, and emails, I feel likat readers and fellow writers are more unafraid of getting connected with an erotica writer than ever, which is just a blessing. Of course, a fair number number want to publicly admit they associated with an erotica writer, but that’s entirely understandable. I wouldn’t want people to know that I know me either.

This joy is doubled whenever a new chapter has been posted as opposed to a standalone story. The Good, the Bad and the Molly has been out for technically years now (which is a testament to how inconsistently I publish) but because I released a chapter recently, some people discovered the story for the first time and let me know how they felt about chapter one, or other stories. I’m sure a fair number of you are writers, and can understand what I mean when I say that it’s such a joy to have a past work reignited and have people enjoy it all over again.

I’m not going to lie, sometimes I wish that I only came up with ideas for grandiose, large-scale, epic stories. This past week was definitely a good reason for me to make such a wish. That said, I never want to artificially inflate stories I come up with. If the idea only carries about 30,000 words, and doesn’t have any clear arcs I can break up, it just makes more sense to have it be a one-shot story. I think audiences have this sixth sense for passion – if your writing isn’t passionate, audiences can tell, often before you yourself can. In that same way, audiences would know if I made a multi-chapter story just to make it multiple chapters. I’d rather be honest with myself, and with them.

Sometimes I’ll write continuous, chapter-based stories and sometimes I’ll make standalone stories. It honestly doesn’t go either way for me. All I know for sure is that it’ll be a long time before I finish letting out all of the stories I have in my head. I’ll talk to you all next week.